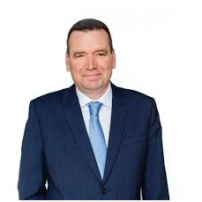 (Canadian politician who was the Conservative Member of Parliament in the House of Commons of Canada for Mégantic—L’Érable from 2006 to 2015. He was first elected in the 2006 federal election and served as parliamentary secretary to the Minister of Natural Resources until January 4, 2007, when he was appointed Secretary of State for Agriculture and Agri-Food Canada and the Rural Secretariat. On June 25, 2008, Paradis was appointed Minister of Public Works and Government Services, retaining his position as Secretary of State for Agriculture until October that same year. On October 30, 2008, in a cabinet shuffle following the election, he retained the Public Works portfolio. In addition, he succeeded Lawrence Cannon as Quebec Lieutenant. On January 19, 2010, in a cabinet shuffle, Prime Minister Harper appointed him Minister of Natural Resources. On May 18, 2011, in a cabinet shuffle he was appointed to be the Minister of Industry. On July 15, 2013, in a cabinet shuffle, he was appointed as Minister of International Development and Minister for La Francophonie. A lawyer by profession, Paradis had a legal practice in Thetford Mines where he also served as president of the chamber of commerce. He is a graduate of the Université de Sherbrooke and has a master’s degree in corporate law from Université Laval.

Paradis has been a staunch defender of Canada’s asbestos mines, but recently gave in to global pressure to list asbestos as a hazardous chemical.

On April 3, 2015, Paradis announced that he would not seek re-election)