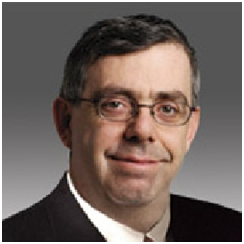 (Tsvi Gal is the Head of Enterprise Technology Services for Memorial Sloan Kettering Cancer Center and Senior Advisor at McKinsey & Company. Among other innovative things that positively affected the global financial community and everyday life transactions, Mr. Gal invented the method that Visa and MasterCard use to collect money online. He was, most recently, the CTO at Morgan Stanley. Before his position at Morgan Stanley, Mr. Gal was CTO of the #1 hedge fund in the world –Bridgewater Associates, before that he was CTO and Managing Director for Deutsche Bank Capital Markets. Previously, he was CIO at Time Warner Music Group (WMG). Under Gal’s leadership, WMG introduced mobile ring tones to the USA and was the first partner of Apple’s iTunes/iPod drive.

He also led the transformation of WMG’s web assets into a full fledge eCommerce site with over 14 million unique users. His other roles were the President of ATT.com, CIO & CTO at Merrill Lynch (heading global infrastructure), Wells Fargo (heading investment banking, global infrastructure, and the on-line bank) where he is credited with developing the world’s first Internet Bank, ABN AMRO Bank (CIO of North America), and Bank of America (CTO and Head of Infrastructure and Capital Markets). He is also a recipient of the distinguished Einstein Award, handed by the Prime Minister of Israel.

His philanthropic contributions include advising a Harvard University global telehealth technology social entrepreneurship venture as well as being a Board Member of North Jersey Friendship House for Disaster and Humanitarian Relief. He is an Advisory Board Member of UJA-Federation of New York focusing on Civil Rights and Social Action. He is also a Board Member of American Israel Friendship League. He was the Chairman of Society for Information Management where he served for over 10 years. He is MS Technology Mentor at Columbia University and Advisor to the President of Rutgers University)